Home > Case Studies > My Depression Stopped Us Having a Baby: A Case Study

My Depression Stopped Us Having a Baby: A Case Study 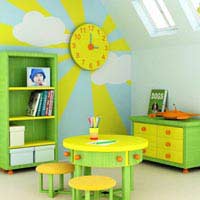 William and his partner Liz both look shattered but it is understandable – with 8-week old twins they have forgotten what sleep feels like. “We are a bit bleary eyed and exhausted but we are really happy to be in this position as it nearly didn’t happen,” says William.

William and Liz’s troubles began about 5 years ago. They were trying for a family having got William’s depression and mental illness stable with treatment. “I had suffered very badly with periods of deep depression since I was a teenager – Liz accepted me as I was and supported me in my rounds of appointments with doctors and consultants. Eventually, my current specialist put me onto a serotonin re-uptake inhibitor (SSRI), which worked very well. When I had been stable for about 18 months, we started to try for a baby,” he says.

The weeks and months went by and, as both William and Liz were already in the mid thirties, they decided to get help earlier rather than later. The tests showed that all was apparently normal and there seemed to be no reason why they couldn’t conceive naturally. “Neither of us smoked but we followed the advice for maximum fertility and stopped drinking, didn’t have late nights, ate healthily and did plenty of exercise. We both love swimming and the local pool is only 5 minutes walk away,” explains Liz.

“Fortunately, we did have some cash saved up and we opted to have a round of IVF treatment. It was when the team were doing more tests that something came up that they hadn’t noticed before. The defragmentation level in the DNA in my sperm was quite high – almost 50% - and they said that could be the cause of my infertility. They explained that sperm with high levels of DNA break up often don’t work that well in IVF either.... and they turned out to be right – our cycle of treatment failed,” explains William.

Liz, who works in medical information, did some reading up and came across fairly new research that showed that SSRI drugs, the ones William was taking to stabilise his mental illness, were linked with an increase in DNA fragmentation. The couple decided to see William’s consultant to see what their options were.

“It didn’t seem like a good idea to stop the SSRI medication as the risk of me relapsing into depression was quite high – and then how would we cope with the stress of being new parents?” says William.

Fortunately, his consultant was extremely sympathetic and arranged a team meeting with the gynaecologist who had been treating Liz and William.

“They were amazing and cooperated so well – my medication was changed onto a different SSRI, and then my sperm were monitored and frozen. After six months, with three treatment changes, we ended up with two batches of sperm that were only 15% for DNA fragmentation,” says William.

A second round of IVF was scheduled and all seemed to go well. “We had to wait nearly four weeks, but then the pregnancy test was positive! It was great – and no sign of my depression either,” says William.

The pregnancy progressed well but then, at three months, Liz suffered some bleeding and was rushed into hospital. “I was still on the replacement treatment at that stage and I don’t think it suited me quite as well – with the stress of Liz in hospital, I began to unravel and couldn’t work,” says William. Liz’s mum stepped in to help and arranged for William to go back to see his consultant urgently. The decision was taken to revert to the original SSRI and Liz’s parents moved William in with them while Liz was recovering. “Fortunately, it was only a scare and after two weeks, I was allowed home and the baby was fine,” says Liz.

The scan showed that Liz was carrying boy, girl twins, so the couple were delighted. “Twins are very hard work but it does mean that we don’t have to go through the IVF again – I think we will be happy to be a family of four,” grins William.