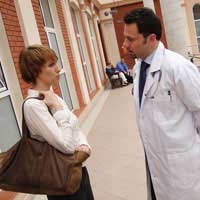 The selection of gender has been a quest of couples for as far back as recorded history allows. Research and work carried out in the 80's and 90's have finally provided methods offering the chance of obtaining a desired pregnancy gender outcome. Gender selection generates substantial moral and ethical debate and its availability is dependant on local legislation and guidelines.

It has been known for many years that the gender of a pregnancy is determined by the sex chromosome carried by the sperm. Sperm bearing an "X" chromosome, when united with the "X" from the female (females only produce "X") will result in an "XX" pregnancy thus producing a female.

If a sperm bearing a "Y" chromosome (men have both "X" and "Y" bearing sperm) unites with the "X" chromosome from the female, an "XY" pregnancy will result which will consequently gives rise to a male offspring. Armed with this knowledge, science has worked to allow for an accurate method of safely separating sperm to allow only those sperm capable of producing the desired gender to be exposed to the female egg (oocyte). You should discuss this with your clinic. Such technology should be used judiciously to avoid gender selection.