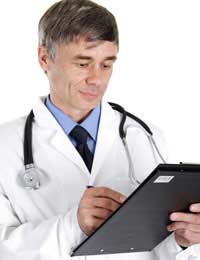 For some couples problems with fertility are first investigated when failure to conceive occurs. For others however, the problem may lie in the man having undergone a vasectomy, possibly during a previous relationship, or a decision made under different circumstances.For couples such as these, though the success rate is not brilliant, the option of a vasectomy reversal may be considered.

What is a Vasectomy Reversal?

When a man has had a vasectomy, the tube that carries the sperm from the testis is often cut and the loose ends cauterised or tied to prevent sperm from being ejaculated. During a reversal, the surgeon tries to first find the ends of the vas then remove the damaged end and hopefully attempt to rejoin the two ends usually using tiny stitches. This re-joining is called anastomosis. The procedure can be carried out in a specialised GP clinic, as a day patient both using local anaesthetics, or very rarely as an inpatient when a general anaesthetic is requested and the patient has other medical problems that increase anaesthetic risks.

As the patient it is realistic to expect that even after the surgery, the success rate is still quite low. It is possible that after the anaesthetic is given but prior to the actual surgery beginning, the surgeon may deem the operation impossible as the remaining vas are not suitable or are unable to be re-joined.After the procedure it is normal to have to wear a scrotal support for a few days to help reduce swelling and pain and also to offer some protection against injury.The area will swell, though the amount will vary and can appear bruised. Fortunately any sutures used will be absorbable though some surgeons use a technique where no sutures are used as the incision is so small it is not warranted.Pain can be controlled using paracetamol though stronger pain relief is available if required.If the skin appears red, inflamed or is weeping, see your GP who will test for an infection.Some weeks or months post surgery, depending on the service provider, the patient will be required to provide a semen sample to check for the presence of live sperm, and will have to repeat this test again until fertility levels are optimal.

The success rate can vary for a number of reasons. These include the time elapsed since the vasectomy, the surgeon, the technique used and whether the patient has any other medical problems such as a varicocoele ( a varicose vein of the testicle). Some surgeons who are extremely experienced and specialised in the field of vasectomy reversal can boast of almost complete success rate, but this may not guarantee pregnancy.

Very rarely is this procedure available through the NHS, with almost all candidates having to pay privately for the procedure. Estimated costs vary between £2000 and £3000 depending on the clinic chosen. This cost is for a straight forward reversal and doesn’t incorporate any complications or other issues that may arise.

Vasectomy reversal is a delicate operation aiming to restore a man’s fertility level. The operation may not be successful for everyone and other routes of conception may need to be explored if it fails.