Does the Pill Affect Fertility? 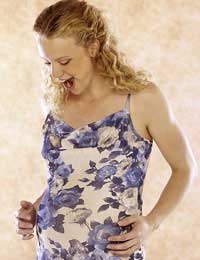 Millions of women worldwide take the contraceptive pill but with varying rumours in existence, many wonder whether it could affect their fertility when they do decide to come off it and try for a baby. We uncover the facts.

The contraceptive pill has worked wonders for reducing unwanted pregnancies and for helping women with heavy and painful periods reduce their monthly severity. The length of time spent taking the pill varies, so women may be on it for five, 10 or 15 years before they decide the time is right for them to stop taking and try for a baby. There are lots of myths and facts in existence regarding how easy – or not – it is to subsequently fall pregnant when you come off the pill and it can be a cause of concern. There are some claims bandied about, for example, that taking the pill, especially over a long term period, may result in reducing your fertility.

Despite these worries, the good news is that the view from experts is that there’s no evidence to suggest the pill causes infertility. This is because the effects of the pill are completely reversible, so fertility isn’t affected at all. Most women, who had regular periods and no major problems before they started on the pill, should find that their normal cycle will return within six months of ending their pill taking. Some women find that their usual cycles begin again very quickly after stopping, but for others it can take longer. Strangely enough, there’s not always a correlation between how long you’ve been taking the pill and how long it takes to re-establish your cycle – it varies from woman to woman and is hard to predict.

Some research even suggests that, rather than harming your fertility, taking the pill could even boost it. A study carried out as part of the ALSPAC study of Children of the 90s, by researchers from Brunel and Bristol universities, looked at the experiences of 8,497 women. They analysed a wide range of factors, including the health and lifestyles of the women and looked at how long it took them to conceive. The results showed that those who’d taken the pill for a prolonged period of over five years were less likely to suffer a delay in getting pregnant when they stopped the pill. In fact, 75.4%conceived within six months, compared to 70.5% of people who’d never been on the pill.

Once you’ve come off the pill and your natural menstrual cycle gradually returns, you can begin to think about trying for a baby. As it takes time for your body to re-establish itself, don’t put yourself under any major pressure to get pregnant quickly. You may be lucky and find it happens soon, but it’s perfectly normal for it not to occur for a few months.

When your natural cycle is back in action, you can, if you want to, begin to chart your fertility pattern. This can help you identify when you’re likely to be most fertile and increase your chances of conceiving.