Home > Ask Our Experts > Is It Legal to Get Paid for Donating Eggs?

Is It Legal to Get Paid for Donating Eggs? 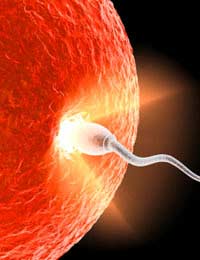 I have recently heard that some British women have been going to the USA to donate their eggs and getting paid for it.

Is this possible (and legal). What are the pro's and con's?

The practice of young, healthy women donating eggs to fertility clinics for use in fertility treatment that helps other women is common in the USA. The American Society for Reproductive Medicine has issued guidance that the maximum an egg donor can be paid is $10 000 for a donation in which dozens of eggs are harvested. Although this is the maximum fee, the average fee is a little over $4000 and in some areas of the USA, it can be as low as $3000.

The egg donor is chosen from many volunteers and the latest figures show that less than 10% of women who apply do eventually end up actually donating their eggs. Careful health checks are made and the future parents also have a say in choosing their donor from a written profile. Women in the twenties who are very healthy, good looking and who have had a good education are most likely to be chosen.

Egg donation is not a risk-free procedure - it involves taking hormones and other drugs to stimulate the ovaries to over-produce eggs so that many can be harvested and the actual harvesting procedure involves endoscopy through the cervix and uterus to the ovaries, which is not a pleasant experience. In the USA, authorities have decided that these risks and discomfort merit some financial compensation.

In Britain, egg donation has been legal since the spring of 2007 after a ruling by the Human Fertilisation and Embryology Authority but women who become donors are only reimbursed for expenses such as travel and childcare for their own children while they are having hospital procedures. They are invited to be 'altiuristic donors', which means no payments are made to compensate them for the egg donation or the risks involved.

You might have heard rumours that British women have been donating their eggs to fertility clinics in the USA but whether this is true or not is debatable. It is unlikely, with all the regulations that are in place, that fertility clinics would accept a donor from another country without special arrangements or reasons.

For example, a couple undergoing fertility treatment in the US as US citizens may have a cousin in the UK whose eggs they want to use - in that hypothetical circumstance, it might be considered. However, it seems unlikely the US regulations would allow large numbers of UK women to sell their eggs in the USA, particularly when so few US-resident women actually make it through the selection procedure.

Are There Any Other Treatments?