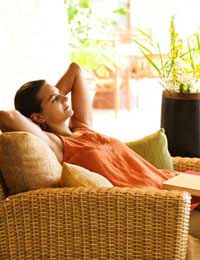 Many couples have difficult trying to conceive and most of these people will seek advice. The doctor will most likely advise on the best ways to conceive without any medical intervention. If this still produces no conception, a series of tests will usually be requested to try and find the source of the problem. After these tests have been carried out and no particular cause has been found, intrauterine insemination (IUI) may be recommended.

What Is Intrauterine Insemination?

Intrauterine insemination is the process of introducing sperm into the uterus. The sperm are first ‘washed’ meaning that the sperm are separated from the semen and drawn up into an injectable device. Access to the uterus is gained via the cervix, whereby the sperm are injected directly into the uterine cavity. The sperm are then more able and more likely to find their way to the fallopian tubes hopefully finding an egg to fertilise.

Can Anybody Have This Treatment?

Tests performed before this procedure will determine who are the best candidates to undergo intrauterine insemination. Men who have been found to have low sperm counts will not usually be offered this form of treatment as the sperm are less likely to find the egg.Some women with endometrial problem may also be prevented from being offered this treatment depending on the nature and severity of the problem.

Women who have been found to have blocked or damaged tubes, low quality eggs or problems ovulating will also be more likely to find alternative methods of becoming parents.This process may be repeated up to 6 times, after which treatment will need reviewing. Remember, all clinics have their own policies and may vary in the service provided and time limitations and recommendations.

Preparation For The Procedure

Doctors have found that by stimulating ovulation, the results of conception from IUI are greatly improved, so most women will be offered drugs to help achieve this. Before the appointment, the male will be required to produce a sperm sample, often at home and take it to the fertility clinic where it will be sent to the laboratory for ‘washing’. The male should not have ejaculated for at least 72 hours before the sample is gained, though different clinics do vary in their requirements.

The female then attends an appointment and a speculum is placed into the vagina to help gain clear access to the cervix. Following cleaning of the area, a very fine catheter is fed through the cervix into the uterus and the prepared sperm (or donor sperm if this is being used) will be injected through the catheter.After the sperm has been introduced the women can either take a few minutes and remain laid down, or can resume normal activities.

The process should not be painful, though may be a little uncomfortable. It has been likened by many women as being similar to a routine cervical smear.A pregnancy test may be obtained 2 weeks following the insemination.

Intrauterine insemination can be used to help achieve a positive pregnancy in those who have had their fertility issues investigated and no apparent cause has been found.It cannot be used for every couple as some conditions prevent IUI from being effective.