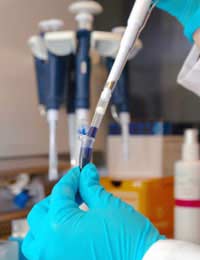 Pre-implantation genetic screening (PGS) also known as aneuploidy screening is a screening test for detecting chromosomal abnormalities in the developing embryo. This special procedure helps the fertility doctor select only those embryos which exhibit no chromosomal abnormalities and transfer them to the uterus for implantation. Aneuploidy is an abnormal condition where there are variations in chromosome number. These changes can lead to the development of genetic diseases or defects which are often permanent and cannot be reversed. Conditions such as Down’s syndrome, Kleinfelter's Syndrome disease, or Turner’s syndrome are among the many genetic diseases due to aneuploidy.

When undergoing fertility treatments and procedures it is highly recommended to screen for such chromosomal abnormalities so that the health and the future wellbeing of the developing embryo is not compromised. Pre-implantation genetic screening is offered to patients who are undergoing In-vitro fertilisation and other assisted reproductive techniques. Aneuploidy is the general term for the chromosome abnormality; the specific type of abnormality is further defined as (trisomy) three of the same chromosomes, or monosomy (single) chromosome. Normally the developing embryo acquires half their chromosomes from the maternal parent and the other half from the paternal parent. Both the sperm and the egg contain 23 chromosomes. When they fuse together, the chromosomes mix together. During the process of cell division, the chromosomes double and the cell split into two. In rare instances the chromosomes don’t split evenly and there is an extra chromosome in one cell. This cell continues to divide caring with it the extra chromosome and thus the genetic defect. Maternal Age plays a key role in chromosomal abnormalities, Women older than 35 are at a greater risk for developing chromosomal abnormalities than the rest of the female population. This risk is increased from 1/1500 to about 1/500 after the age of 35. Although 1/500 may still seem small, it does translate to a 3-fold increase.

The Pre-implantation Genetic Diagnosis (PGD) is another technique similar to genetic screening but in this process the embryos are tested for specific genetic diseases. The common genetic diagnosis includes Down’s syndrome, Kleinfelter's, Edwards Syndrome and a few others. Aneuploidy screening, and pre-implantation diagnosis reduces the chances of transferring the embryo that has a chromosome abnormality.

Usually, Pre- implantation genetic screening is preformed by obtaining a biopsy on the third day post fertilisation. After the embryos are created in the laboratory and they are grown for 3 days, 1 or 2 cells are removed from the embryo. The genetic material, mainly the chromosome inside these cells is tested for abnormalities. Embryos having both a normal test result and physical appearance should be transferred to have the highest chance of leading into a healthy pregnancy. Physical appearance means embryos should have at least 5 cells on day 3.

Pre implantation genetic screening is advised for couples that, under go ART, have a family history of genetic disorders, or who have repeated unexplained miscarriages. This screening is also advised for women with advanced maternal age because the risk of such defects increases with age especially after 35.