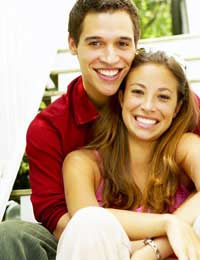 Natural family planning (NFP) is a natural way of controlling pregnancy that is approved by the Roman Catholic Church. Fertility awareness is a similar concept but without the religious implications.

Although these two terms may be used interchangeably, it is important to realise the religious distinction. The Roman Catholic Church recognises two methods of family planning, periodic abstinence and infertility induced by breast-feeding.

Periodic abstinence can be directed by observing changes during ovulation or the calendar method. Breast-feeding induced infertility, remains constant throughout the breast-fed course, and thus doesn’t require gaps of abstinence. By adopting these methods a women can help prevent pregnancy, effectively and naturally without any side effects. It is important to note that natural family planning is not 100% effective and it has no effect in reducing the risk of sexually transmitted diseases.

The menstrual cycle occurs monthly and has four overlapping phases. These phases are the follicular phase, ovulation, luteal phase and menstruation. Ovulation is the shortest phase of the menstrual cycle but it is the most important with regard to fertility.

The window of opportunity is narrowed to a few days during this phase. By regulating sexual intercourse outside the fertility window one can lower their chance of becoming pregnant. There are various ways of predicting ovulation and thus controlling pregnancy risk.

Basal body temperature (BBT) is the internal temperature, measured before any physical activity. By keeping a daily log of basal body temperature, one can recognise the temperature increase when it occurs. This is usually done upon awakening before resuming any other daily activity. This subtle change in temperature is driven by variations in reproductive hormones, most notably progesterone. BBT doesn’t predict the onset of ovulation it only signals its occurrence and thus the start of the post-ovulatory infertility period.

During ovulation the cervix undergoes changes in response to elevated oestrogen. Normally the cervix is firm; its opening is closed, and is positioned down towards the floor of the vaginal canal. During ovulation however the tip of the cervix is soft, open, and positioned higher up. Detecting these subtle changes requires experience and practice. This method should be not be relied upon by novice women who are unfamiliar with their body.

The calendar method also known as the Knaus-Ogino method, named after its creators, is based on the women’s menstrual cycle. In earlier years this was the only method accepted by the Roman Catholic Church. The female menstrual cycle is based on a 28-30 day cycle, which continuously repeats. Ovulation usually occurs mid-cycle, so by counting the days from the first day of the last menstrual period one can predict ovulation.

The female menstrual cycle however, doesn’t remain constant every month and slight alterations over a period of months can, drastically affect the predictability of this method. The one-year failure rate is approximately 10% for this type of birth control. This method is fairly obsolete and not as effective as the observational methods.

This form of natural birth control is only for women who have recently given birth and are continuously breast feeding their newborn. Lactation amenorrhea is the medical term used to define the period of infertility during lactation, which usually lasts 2-3 months. Infertility secondary to Lactation amenorrhea is only temporary and thus not a practical long-term option. This method is however approved by the Roman Catholic Church.

Natural family planning and fertility awareness are similar natural forms of birth control, which are fairly effective in controlling pregnancy. By using the body’s own signals, one can coordinate sexual intercourse outside the fertility window and thus prevent pregnancy. It is important to point out again that these methods are not 100% effective, and they absolutely do not protect against HIV or other sexually transmitted diseases.