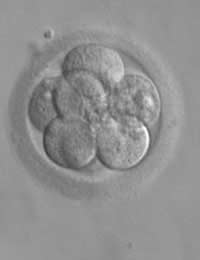 For male infertility due to oligospermia Intra cytoplasmic sperm injection is a highly effective option for attempting conception. This assisted reproductive technique (ART) offers the male partner the ability to still father his own children; despite having low sperm counts (oligospermia). Oligospermia can be attributable to numerous causes and usually classifies as either obstructive or non-obstructive. Inra cytoplasmic sperm injection is a highly specialised procedure whereby the sperm is directly introduced into the egg via special instruments and under controlled laboratory conditions. This process involves fertilisation to take place outside the natural birth environment.

Prior to Inta Cytoplasmic Sperm Injection, options to treat male infertility were very limited. No medications were or are currently available to increase sperm counts, and aside from sperm donation, there was no other alternative to extract sperm.

In a normal pregnancy, one egg is produced during a menstrual cycle, and this is exposed to millions of sperms after sexual intercourse. Out of these millions of sperms only a few hundred to a few thousand complete their journey and reach the egg. Reaching there is only half the battle, the next crucial step involves penetrating the outer covering and reach the egg internal and deposit the genetic material. Only one single sperm is able to succeed in penetrating the outer layer (zona pellucida). Immediately after a sperm has crossed the zona pellucida, this layer becomes impervious to any more sperm. The pro-nucleus containing half number of chromosomes, (23) of the sperm unites with the pro-nucleus of the egg (23 chromosomes) to form one single complete set of chromosomes (46). After a short resting phase, the embryo starts dividing while on its slow journey toward the womb.

In ICSI, The process is highly streamlined; only one sperm is used to microsurgically penetrate the egg. The single sperm is aspirated into a micropipette, and injected into the cytoplasm of the egg to fertilize the egg. In the other ARTs, one egg is mixed with at least a million sperms and one sperm fertilizes the egg on its own. Here, each egg is held with the micropipette and a single sperm is injected into it. In essence the fertilisation process is forced to occur.

Semen analysis shows the sperm concentration is less than 2 million per ejaculate.

In some cases although rare, ICSI may be offered to couples that have no identifiable cause for their infertility, and have failed trials of other assisted reproductive techniques.

In ICSI, the pipettes for aspirating and for steadying the egg are highly precise, and are specially designed. Similarly the solutions used for dissolving the zona pellucida and facilitate the entry of the sperm, as also special to ICSI. Similar to other methods of ART, the ovaries are hyper stimulated with hormones and fertility drugs. Their development and maturation are monitored with sonography and hormonal tests.

When the ovulation is just about to occur, these eggs (ova) are retrieved by aspiration using a fine needle. These ova are then placed in a nutritious medium and watched under the microscope for their development. After the egg is fully matured and ready for fertilisation, the process of ICSI can begin.

Depending on whether the semen contains sperms or not, the sperm is obtained either by natural method- masturbation / electrical stimulation or by micro surgical methods of extraction. The sperm can either be extracted from the testis or the epydidimis. The testes are where the sperm are produced. The epydidimis are where the sperm are stored. If a motile sperm is chosen, its tail is immobilized with the help of micropipette and then sucked into the pipette. The egg is held immobile with a micropipette and with a sharp movement, the tip of the pipette containing the sperm is introduced into the cytoplasm of the egg, the sperm is injected into it head first, and the tip is slowly retracted. The egg immediately closes the hole made by the pipette.

Although ICSI is an effective option in treating male infertility, it isn’t without risk. These risks should be fully understood prior to undergoing the procedure to minimise uninformed complications. Due to the highly delectate nature of the procedure, there is a risk of causing damage to the ova when the sperm is forcefully injected into the egg. The membranes can get damaged, leading to miscarriages later on as pregnancy progresses. Since both sperm retrieval and egg retrieval are done surgically, problems associated with surgery are encountered, e.g. infection, haemorrhage, as well as complications with aesthetic medications. It is important to address these concerns with the fertility specialist before proceeding.